This unit builds the learning of mathematics around celebrations of Matariki, the Māori New Year. The sessions provide meaningful contexts that highlight Māori culture and provide powerful learning opportunities that connect different strands of mathematics.

In this unit the students will apply many different mathematical and statistical ideas (see specific learning outcomes). They apply the properties of symmetry, that is the features of a shape that change and remain invariant under translation, reflection and rotation. 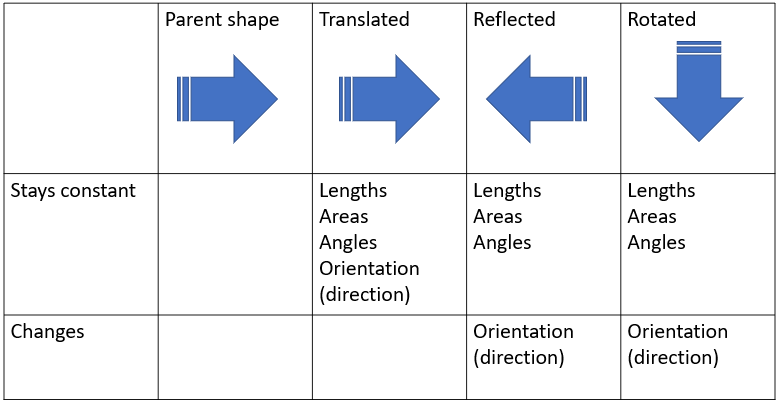 Students also apply simple probability. For example, given this set of cards, what is the chance of getting a bright star if you choose one card at random? Random means that each card has the same chance of selection.

In this lesson your students explore family trees, working out the number of people in their direct whakapapa. Thinking about our relatives who are no longer with us, or have just arrived, is a traditional part of Matariki, the Māori New Year. According to legend Matariki is the time when Taramainuku, captain of Te Waka of Rangi, and gatherer of souls, releases the souls of the departed from the great net. The souls ascend into the sky to become stars.

Matariki is a time for cultural activities, such as story-telling, music, and games. Titi Rakau is a traditional game that involves hitting and throwing sticks, usually to a rhythmic chant. It was used to enhance the hand-eye co-ordination of children and warriors. Rakau can be used as a vehicle for fractions and musical notation, as well as physical co-ordination. You can make the tasks below as simple or as difficult as you like.

The rising of Matariki, in late May or June, signals to Māori that it is the start of a new year. It is appropriate for students to reflect on the passage of time. For young students there are important landmarks in the development of time, including:

Cooking in a hangi

In the first part of the lesson students work with the first two ideas, recalling the past and anticipating the future.

Chances of a good year

In former times Tohunga, wise people of the village, looked at the sky before dawn to watch the rising of Matariki. They used the clarity of the stars to predict what the new year would bring. A clear sky with the stars of Matariki shining brightly signalled a good season for weather and the growing and harvesting of crops. A cloudy sky signalled bad luck.

This lesson involves making rewena paraoa (potato) bread. The process of making it takes three stages; preparing the ‘bug’, mixing and baking, then serving. Therefore, it is not a continuous lesson. Preparation and serving food are important activities for Matariki celebrations.

This week we have been exploring shapes and sequencing events. Ask your child to find examples of shapes such as triangle, square, hexagon and trapezium around the house.  Ask them about how the shapes were used to make stars in class. To extend the work we have been doing on sequencing events, when you are engaging in activities at home that have a defined sequence, ask your child questions to explore before and after actions, for example why does this happen before this? What might happen after we have done this?