Scale Factors for Areas and Volumes

This unit of work provides students with the opportunity to discover the effect of a change of length by a given factor on area and volume.

The relationships between scale factors for length, area, and volume is conceptually difficult to understand. But it is also important and has some interesting practical applications. This unit introduces these ratios from a range of perspectives, and ends up looking at some practical applications. In addition the unit reminds students about the ways that mathematicians tackle and make progress with difficult problems. The emphasis in this unit is on students actively exploring the mathematics of a topic that is sometimes left to rote memorisation.

In this session the students are introduced to three areas of mathematics:

(i) the notion of scale factors for lengths and areas,

(ii) the relationship between scale factors for length and area, and

(iii) how mathematicians tackle and make progress with difficult problems. 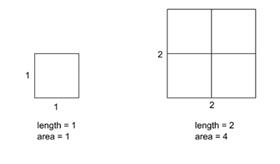 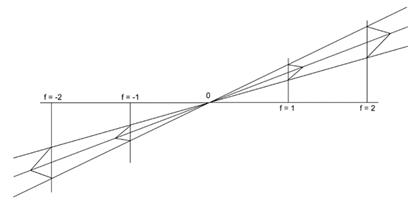 Another good example is an equilateral triangle. Ask the students to investigate this particular shape for a variety of integer and non-integer scale factors. See for instance the diagram below. 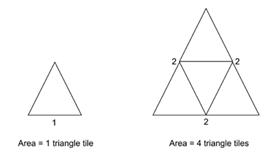 (i)     why a circle may not be a good choice as a ‘simplest shape’ [because circles do not tessellate],

(ii)    what progress has been made on the initial larger problem,

(iii)   which aspects of the initial problem have yet to be addressed (what if the initial shape was an irregular blob, for instance?).

In this session the work begun in the previous session is extended and consolidated. 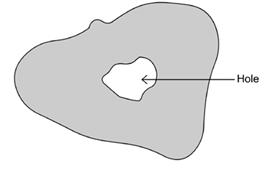 In this session the work begun in the first session is extended and consolidated, but this time in a different direction: surface area and volume.

In previous sections the problems were presented in such a way that the scale factor for enlargement of length was the starting point, and on this basis the scale factors for area and volume were calculated. In this session this situation is reversed. In addition, this session should help students to realise that we can easily be fooled – in advertising, for instance – by two dimensional representations of three dimensional objects.

In this session the ideas developed in earlier sessions are brought together to deal in a systematic way with two practical problems in the study of mammals. The first involves the relative rates of heat loss for two sea mammals of similar shapes but different sizes (a whale and a dolphin, for instance). The second basically asks the question: Can land mammals increase in size without a problem? In other words, is there any reason why elephants, for instance, could not be twice the size they are now?