Investigating the Idea of Sin

In this unit we explore the sine and related functions to find out specific values, relations between them, and applications.

Here we revise the basic values of sin, cos, and tan, and where these values come from. 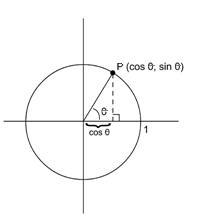 In this session students are asked to fully investigate the nature of sin. 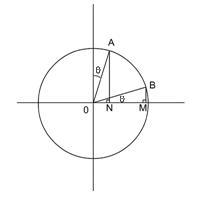 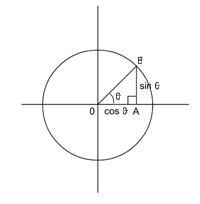 In this session we continue the exploration of sin to include the inverse sin. 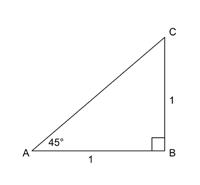 In this session we move on to using sin values to find the unknown sides in a right angles triangle. 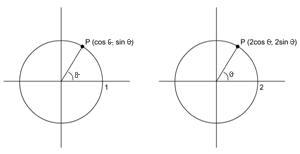 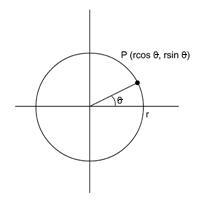 In general, if the circle has size r, the coordinates are (rcos(θ), rsin(θ)).

The important step is this: the student must decide which size of circle to use. In this case the circle must be of size 8. Thus the problem can be shown as on diagram below. 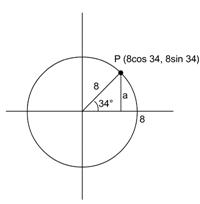 Again the important step is deciding the size of circle to use. In this case a circle of size 4 is the appropriate one to use. 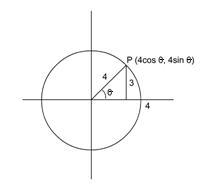 Here we look at the squared relation involving sin and cos; look at the relation between slopes of lines and tan; and simplify some sin, cos and tan expressions. 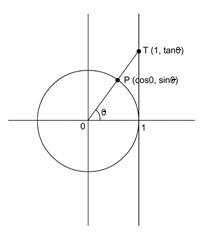 Why does the point T have the coordinates (1, tan(θ))?

(12) -tan(θ)
In each case ask them to show geometrically why the result holds.