The key idea of position and orientation at level 4 is that position, direction and pathways can be operated on using coordinate systems and maps.

Direction is plotted accurately by a clockwise angle measure from North, and the relationship between angle measures and the compass points needs to be understood. 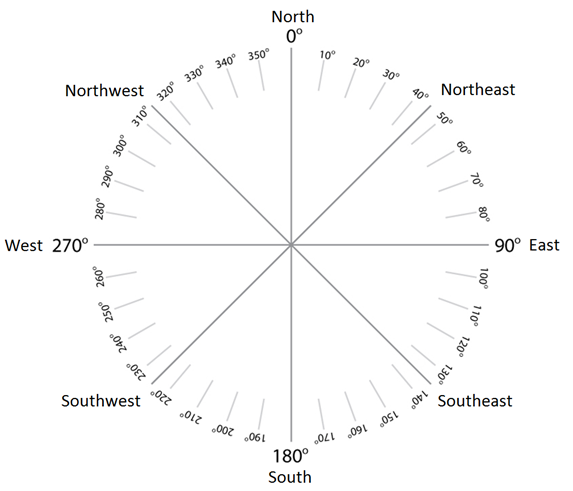 Distances on maps and grids are shown by a scale which can be written in three different ways:

Straight line pathways can be described using vectors. Coordinate vectors are mostly used to show distance and direction on a grid. The top number of a coordinate vector shows horizontal distance, and the bottom number shows vertical distance. Another way of showing a vector is by writing the distance of the straight line pathway on top and the angle measure of its direction below:

This key idea develops from the key idea of position and orientation at level 3 where coordinate systems are introduced to show position, direction and pathways.

This key idea is extended in the key idea of position and orientation at level 5 where lines and curves are described by their distance from other fixed objects.