Soak It Up: Illustrating the year 7 standard

The following examples of student work illustrate achievement at the mathematics standard for year 7.

The task in this illustration was part of a science investigation into the absorbency of sponges. The class was working on a unit called Fibres and Fabrics from Making Better Sense of the Material World. As part of the unit, the students identified material properties that contribute to absorbency and completed a lesson on fair testing. This task focuses on the mathematical problem solving that took place within the investigation. It relates to achievement objectives for Number and Measurement from the mathematics and statistics learning area in The New Zealand Curriculum.

Your class is investigating which of four different types of sponge is the most absorbent. The four sample sponges vary in size.

Some features of students’ work used to make judgments in relation to the year 7 mathematics standard are described below. 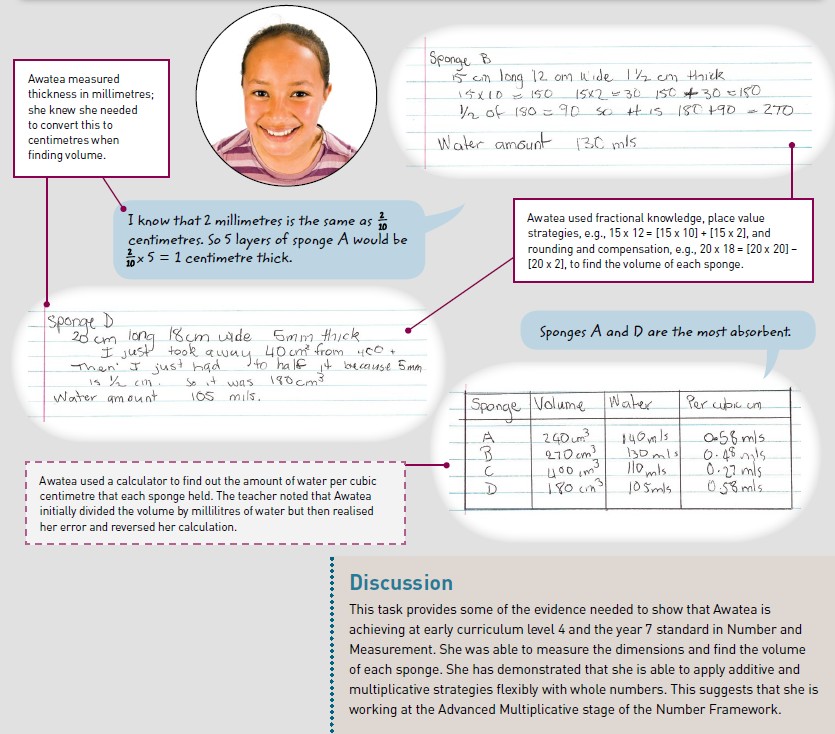