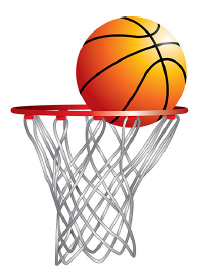 There are six netball teams in the local inter-school netball tournament.

During the tournament, they all need to play each other once.

How many matches will be played altogether?

This problem requires students to make lists, be systematic, maintain a running addition total, eliminate possibilities and explain their results. (Some students may also identify the sequential pattern and devise a rule.)
The rule that comes from this problem (see Solution) is an example of a combination problem. Combination problems are one of several classes of counting problems that become more and more important in statistics as well as in certain branches of mathematics. At senior high school level, combinations are often needed in probability questions.

6 students could represent the 6 teams and through systematic matching, eliminate all the possible combinations

There are six netball teams in the local inter-school netball tournament. During the tournament, they all need to play each other once. How many matches will be played altogether?

If another team joined the tournament, how many matches would be played?
What is the pattern for the number of games and can you find a rule?

Other Contexts for the Problem

Any sports’ team tournament.
Hand shaking at a party

With 6 teams, 15 games would be played in total. Students could make lists, act it out, draw or systematically match teams in columns. For clarity of working it may help students to progressively list all the combinations starting with team 1 e.g.,

Another way to look at this is to see that the each team has to play five others. Since there are 6 teams, at first glance it looks as if there are
6 x 5 = 30 games. But we know that there are only 15 games, so where did we go wrong? What happened is that we counted each game twice. For instance when 1 played 2, we counted that game once as one of the five that 1 played and once as one of the games that 2 played. Since we counted each game twice the final answer should be 30 ÷2 = 15. You might be able to see now that for 10 teams there would be (10 x 9)/ 2 = 45 games. You might now see how to develop a formula for any number of teams.