The following examples of student work illustrate achievement at the mathematics standard for year 4.

The task used in this illustration was part of a whole-school integrated studies unit to build on student interest in the Rugby World Cup 2011. It was adapted from Figure It Out, Number Sense and Algebraic Thinking: Book One, Levels 2–3, pages 6–7.

The task relates to achievement objectives for Number and Algebra from the mathematics and statistics learning area in The New Zealand Curriculum.

Discuss with your students the scoring system used in rugby to make sure that they understand it: 5 points for a try, 2 for a conversion (that is, 7 for a converted try), and 3 for a penalty or a drop goal.

The Aroha Primary School rugby team won their last game 28–5. Find at least two scoring combinations that could have given them their 28 points. 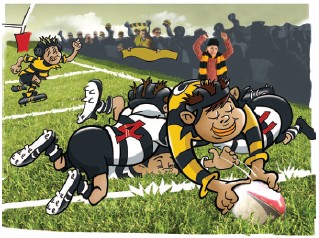 Some features of students’ work used to make judgments in relation to the year 4 mathematics standard are described below.  There is also an illustration of the year 3 standard for this task. 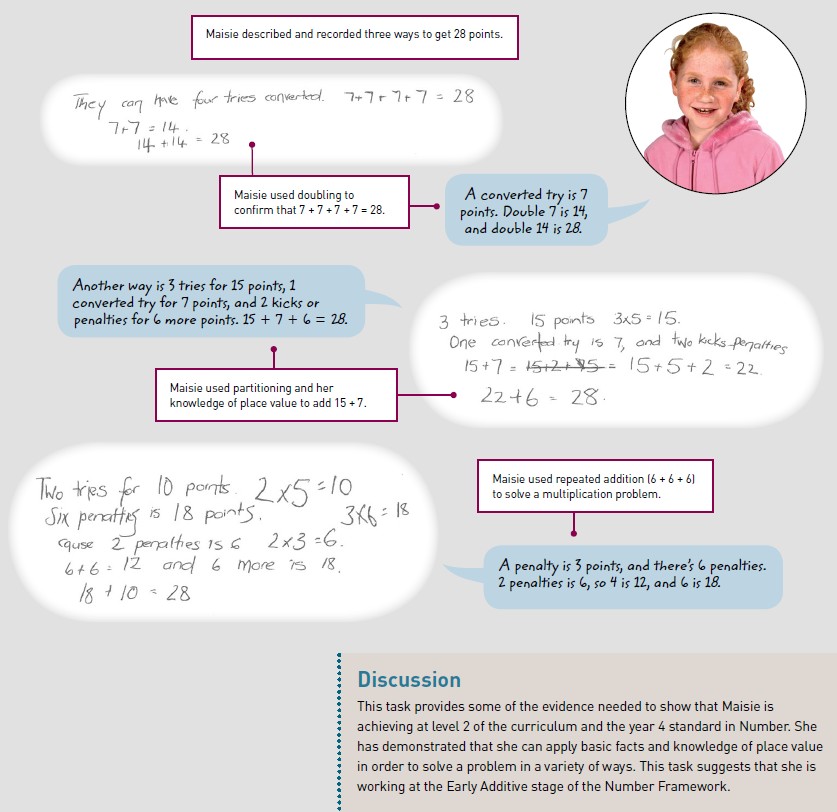 PDF of this task and Illustrations of the year 3 and 4 standards (1.46MB)