The following examples of student work illustrate achievement at the mathematics standards for year 1.

The task used in this illustration was part of a junior-class unit on Things That Are Important to Us, with one week focusing on teddy bears. At the end of that week, the class had a teddy bears’ picnic. The teacher used this context to explore adding and subtracting.

The task relates to achievement objectives for Number from the mathematics and statistics learning area in The New Zealand Curriculum.

Set the context for some addition and subtraction problems by drawing a diagram on a large sheet of paper and telling a story, for example, “The bears live in the shady forest. At the edge of the forest is a high hill. Over the hill, there is a good sunny spot for a picnic.”

Discuss with the students various materials that they could use to show the picnic, such as fives and tens frames as picnic blankets and counters for the bears. Encourage the students to suggest scenarios involving bears coming to the picnic – choose ones that they will be able to model and then record as addition and subtraction problems. 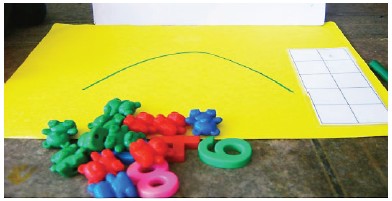 Some features of students’ work used to make judgments in relation to the mathematics standards are described below. There is also an illustration of the year 2 standard for this task. 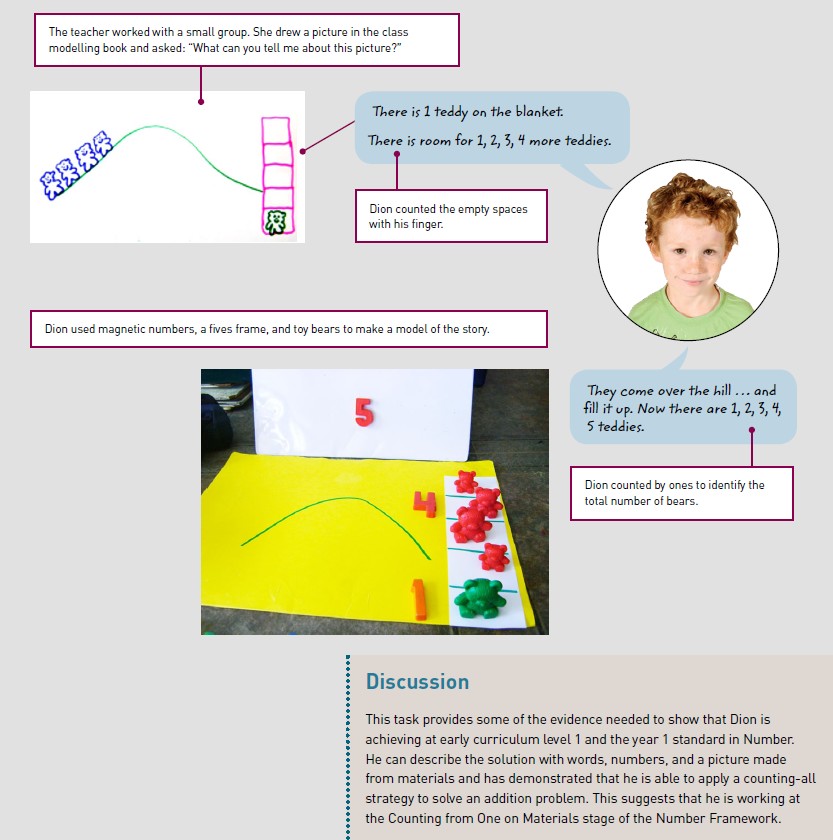 PDF of this task and Illustrations of the year 1 and 2 standards (1.19MB)