Moving Around: Illustrating the year 5 standard

The following examples of student work illustrate achievement at the mathematics standards for year 5.

The task used in this illustration was part of a geometry unit focusing on position and orientation. It was adapted from a task in the Kiwisport Orienteering Manual called Desktop Map Game (p. 28).

The task relates to achievement objectives for Number and for Geometry and Measurement from the mathematics and statistics learning area in The New Zealand Curriculum.

On a sheet of A3 paper, arrange small bears and other objects (for example, ice block sticks,  attribute blocks, small model vehicles) to create a model of a scene.

(Note: Students working within curriculum level 3 should use grid paper with compass points on it instead of a blank sheet of paper.) 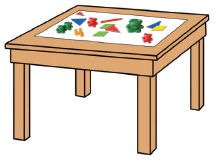 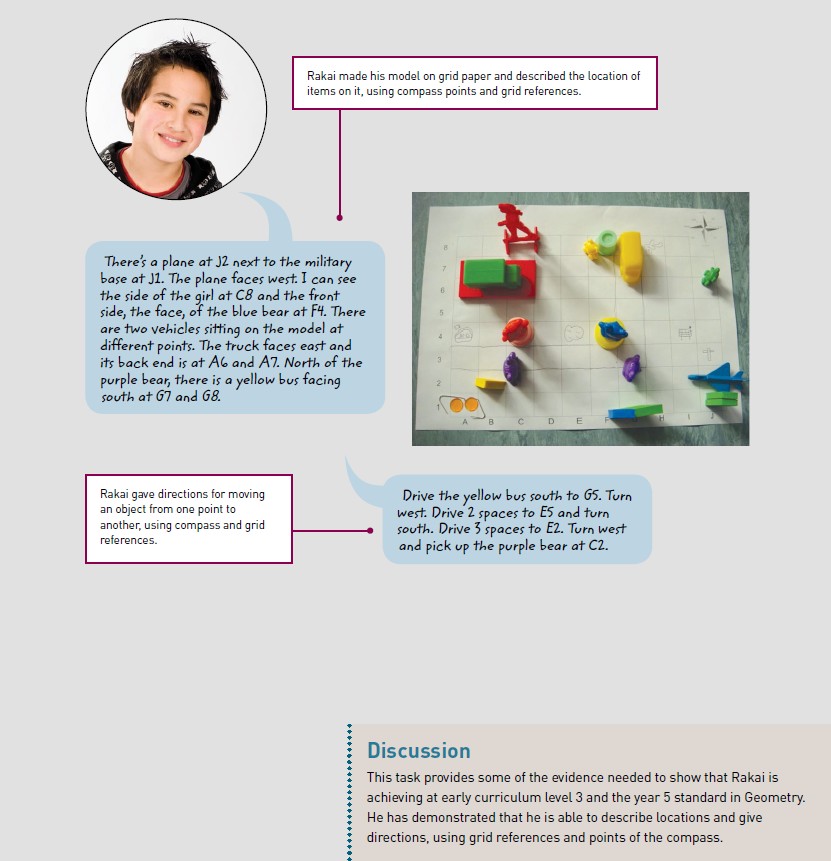