The following examples of student work illustrate achievement at the mathematics standards for year 5.

The task used in this illustration was adapted from an activity in Figure It Out, Statistics (Revised Edition), Level 3. The teacher gave the task to her year 5–7 students after a discussion about the “fairness” of games that they were designing for the school gala.

The task relates to achievement objectives for Number and Statistics from the mathematics and statistics learning area in The New Zealand Curriculum. 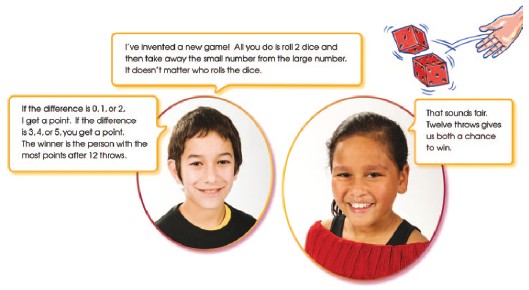