The following examples of student work illustrate achievement at the mathematics standards for year 6.

The task used in this illustration was part of a music unit and was used to introduce the students to rhythmic notation before they composed a piece for percussion.

The task relates to achievement objectives for Number from the mathematics and statistics learning area in The New Zealand Curriculum.

Most pop songs and classical music pieces have an underlying crotchet beat or pulse. 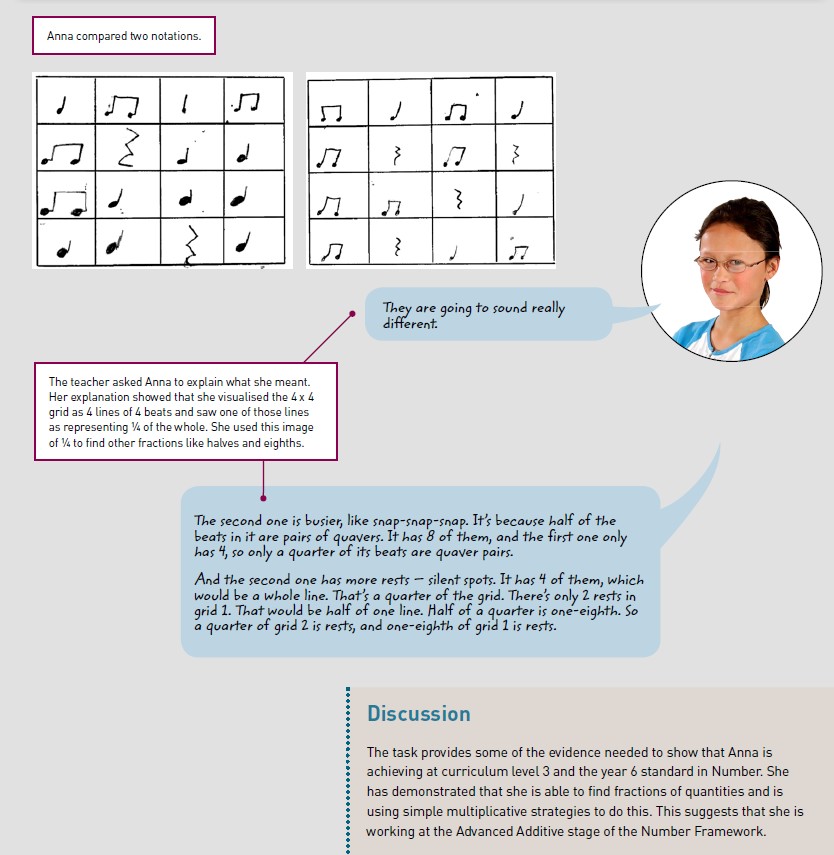