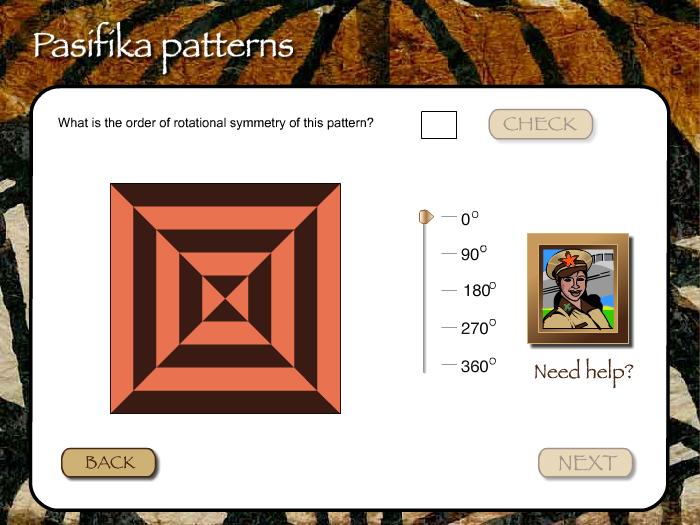 'Pasifika Patterns' is focused on the development of students' understanding of rotational and line symmetry. It also introduces students to aspects of Pasifika culture, in particular patterns and greetings from the islands of Samoa, Tonga, Niue, Tokelau, and the Cook Islands.

Two dimensional figures can have two distinct types of symmetry: reflection symmetry and rotation symmetry. A figure has rotation symmetry if there is a point around which the figure can be rotated (less than a full turn) so that the image matches the original figure perfectly. The order of symmetry of a shape is the number of times a shape can be fitted back onto its own outline during a complete turn.